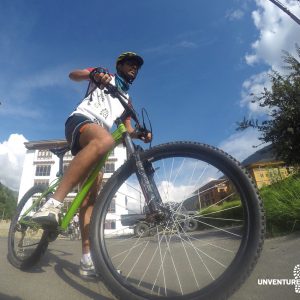 Bhutan, the land of the Thunder Dragon, is no ordinary country. The last Himalayan kingdom is replete with myths, legends, kings, saints, and Yetis and shrouded with mystery and magic.

-His Majesty Jigme Singye Wangchuck, the 4th King of  Bhutan.

Bhutan as a nation embraces modern thinking with a mix of old traditional ideals. This foundation was engrained by the 4th King of Bhutan who decided to measure the nation’s wealth by calculating its GNH (Gross National Happiness) instead of its GDP. The last of the Buddhist kingdoms, Bhutan remains carbon negative with almost 70% of the country reserved for forests and wilderness. They believe in the organic way of life and is the only country which is 100% organic. Bhutan is the “ideal country” or nation. Travelling to Bhutan is a great way to explore its rich culture, Buddhist traditions, bountiful natural wealth, and truly “Happy” people. 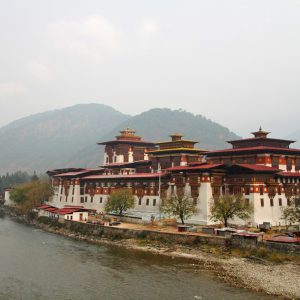 Dating back to 747 CE, Bhutan found its roots when the revered Buddhist saint Guru Padmasambhava came from Tibet and introduced Vajrayana Buddhism to the mountain kingdom.

Perched high up on a cliff is the Paro Taktsang or Tiger’s Nest Monastery which is a symbol of Bhutan. It’s believed that the Guru Rinpoche flew on a tiger and selected a cave to meditate in. Today, this cave has been transformed into a monastery. In 1634, an exiled Tibetan monk called Ngawang Namgyal unified all of Bhutan. He is considered the founder of the modern Bhutanese state and was the first ruler of Bhutan. Following many conflicts between tribes in Bhutan and wars with Tibet, in 1907, Ugyen Wangchuck was enthroned. This marked the beginning for the current dynasty of hereditary rulers who ruled over the Kingdom of Bhutan.
In 2006, His Majesty Jigme Singye Wangchuck, the 4th King of  Bhutan announced his abdication and also laid the foundation for Bhutan to become democratic. In 2008, Bhutan successfully conducted its first parliamentary election. 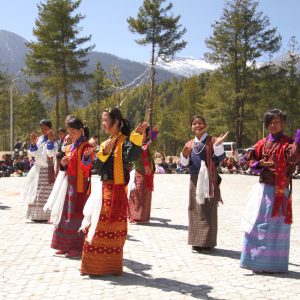 Bhutanese art is influenced by Buddhism. This reflects in its architecture as well. The country has a policy on the construction of new buildings and their architecture.  The policy mandates all new building constructions to adopt traditional design patterns.

Art in Bhutan takes many forms. There are 13 different kinds of art that have been named as the heritage arts of Bhutan. The traditional Buddhist thangka paintings, wooden carvings, masks, Bhutanese papermaking, weaving and tailoring ,and pottery are among the few crafts that Bhutan is known for. 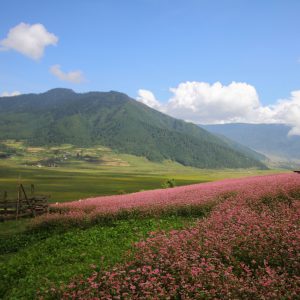 Bhutan shares the Himalayan range with India and Nepal. It’s only natural for the country to possess snow-capped mountains, picturesque valleys, dense forests, waterfalls, and abundant wildlife. 70% of the land mass in Bhutan has been reserved for forests and woodlands, ensuring that the country remains green for the future generations. Bhutan is a bird lover’s paradise and home to some endemic Himalayan birds like the Blackish-breasted Babbler. The region is famous for the Takin or goat-antelope as well. If you love to travel off the beaten path, trek in the mountains, hike up valleys and cycle through the countryside, look no further from Bhutan. 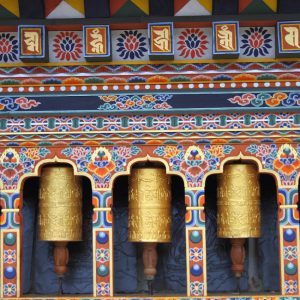 Bhutan’s culture is a fascinating study on how a small nation embraces modern thinking and traditional ideas to create and preserve a unique identity. The most important factor in the moulding of Bhutan’s culture and thought has been the teaching of Lord Buddha, whose doctrines were first brought into the country from Tibet by the great Indian saint, Guru Padmasambhava.

According to Buddhist philosophy, culture, tradition, beliefs, and the environment are dynamically interwoven with the web of life and determined by “karma”.  People in Bhutan follow “driglam namzha”, which is proper etiquette and a dress code.  Etiquette in Bhutan translates to wearing the national dress, respecting elders in society, respect for authority and showing devotion to family and marriage. 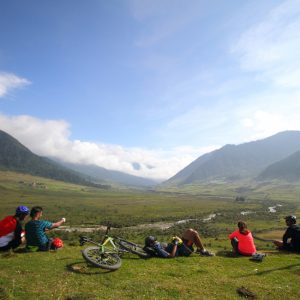 With 70% of the country dedicated to green cover, Bhutan is for those who love the outdoors as much as for those who enjoy taking in the culture. Local experiences in the region include cheese making, traditional Bhutanese mask dances, learning to cook Bhutanese food, trying archery as a sport, and learning traditional weaving arts.

Festivals are also an integral part of Bhutanese culture. Tsechu, celebrated on the 10th day of the lunar Bhutanese calendar, is the most widely celebrated festival as well as the most anticipated event to attend in Bhutan.

Unventured works together with local guides to show you the best of Bhutan on a bicycle. We ensure that the tailor-made tours give you a sense of living life like the locals which include learning to cook Bhutanese food, learn the local dance forms, and try your hand at making cheese. We assure you that you will return to relive the fond memories that you make. 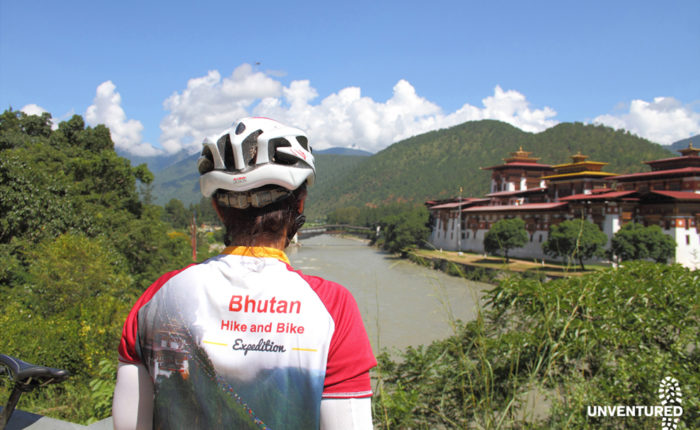