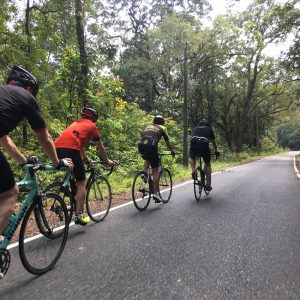 Tucked away in the southwestern coast of the Indian sub-continent, lies the idyllic paradise called ‘Goa’. Goa may stand at the bottom of the ladder in terms of geography and size. But there is more to this pint-sized state than what meets the eye. It makes up for its diminutive size through the cultural contrasts of its heritage and people. From beaches wired with continuous buzz and churches that leave you in sheer amazement to the unrelenting festivities of the local folk, Goa brims over with a surfeit of choice. It surprises its guests with an amalgam of unique experiences and above all, it guarantees a holiday that will lift your spirits. All that’s left is to take your choice and get a first-hand experience of this cultural hub.

Every time I stand before a beautiful beach, its waves seem to whisper to me: If you choose the simple things and find joy in nature’s simple treasures, life and living need not be so hard.

HERE ARE 5 HIGHLIGHTS TO GOA 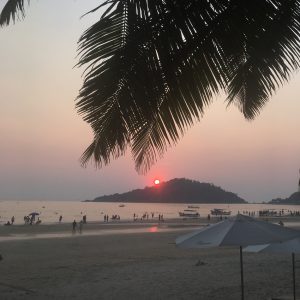 Historians say that Goa, or Govapuri, has been known since ancient times. It also finds a mention in ancient Hindu texts such as the Puranas. But Goa, as it stands today, took form in the late 15th century when a band of intrepid Portuguese sailors and missionaries set foot on this vivacious land. Its climate, natural harbours, and diverse environment attracted sea-faring Portuguese traders to make this rich land their home. It was through the years of Portuguese colonisation that Goa reached its peak culturally and economically. Today, Goans retain the legacy of the Portuguese colonial rule and combine it to their native culture, in turn making Goa a diverse platter of cultures. 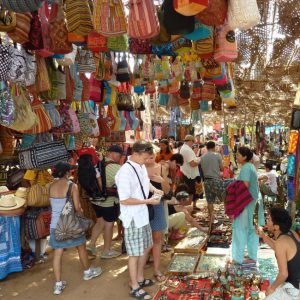 Undoubtedly, the stunning beaches, fringed with swaying palms, golden sands, and azure waters make Goa a premier tourist destination. In fact, it is amusingly said that life in Goa is a beach. Stretching along a coastline of 131 kilometres, each of these beaches is as alluring as the other which leaves you spoilt for choice. However, this conundrum may be resolved on the basis of the holiday you have in mind. If you prefer living it up till the wee hours and want to shop till you drop, the beaches of North Goa are just your ticket. The beaches of South Goa, on the other hand, are untouched and secluded promising a perfect getaway from the crowds.

Beyond the phenomenal shoreline, Goa boasts of a thriving forest cover teeming with exotic birds and wildlife. The state is blessed with varying altitudes and soil types which are ideal for a variety of fauna and flora. Apart from this, the languid network of emerald fields, spice gardens, and gushing waterfalls renders it nothing short of a tropical heaven. 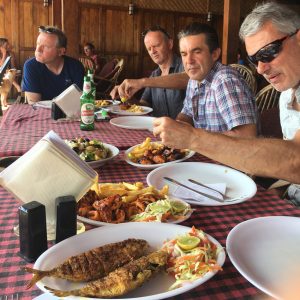 The architecture in Goa is primarily wrought with influences from the Portuguese era. The result of 450 years of Portuguese rule was an amalgamation of architectural styles seldom found anywhere else in the world. Sprawls of whitewashed churches sporting Baroque style architecture is the best example of this influence. Rugged forts perched atop rocky cliffs are also remnants of this ethereal heritage. Apart from these wonders, amidst quaint and picturesque villages, lies Goa’s architectural marvels. These marvels are none other than the homes of the locals; a maze of dwindling alleys dotted with houses all decked up with vibrant colours and red-tiled roofs. Surrounded by paddy fields and coconut groves, these Portuguese styled country mansions, and charming tavernas stand as relics of a bygone era. 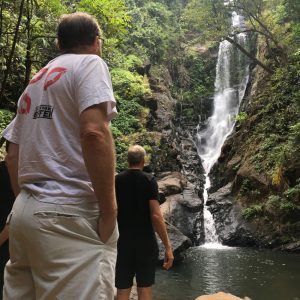 Goa is a kaleidoscope blend of Indian and Portuguese culture which stands in stark contrast to the rest of India. It is an exuberant place where east meets west. While the quaint villages reveal the vibrant folk culture, the urban areas tell a different story of colonisation and a more austere form of Christianity. But above all, it is a place that resounds of a sense of ‘susegado’ or ‘laid-backness’. In fact, Goa seems like a world away from the frenzy and commotion making every traveller feel like they’ve stepped into a relaxed and easy-going place. This is also witnessed by the very fact that music and dance naturally runs through everyone’s veins in Goa. Be in through the flamboyant carnival where locals revel in merriment or the boisterous Shigmostav Festival in its heralding sombre, there’s a sense of merriment in the Goan way of life. 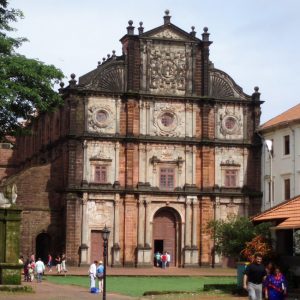 Goa undoubtedly tops every traveller’s go-to list. But, there’s more to this miniature state than the stereotypical image it carries with its name. The number of experiences that will keep you involved and interested are countless. From fishing in muddy rivers to partaking in local feasts and shopping till you can no more at flea markets, there is no dearth of experiences. However, no experience in Goa is complete without relishing its tempting coastal cuisine which is flavoured with spices and coconut. The aromas and flavours of its spicy cuisine tantalise every one and all. An absolute must-try is the local drink – fenny.  Goa provides a range of experiences – for nature enthusiasts, party animals, artists, or historians, but if you haven’t soaked in the tradition of the local folk, you haven’t experienced anything at all.

At Unventured, our goal is to bring you a truly authentic experience which will carry you into the heart and soul of Goa. The tour guides have culminated a personalised list of must-do things that will enable you to savour the innumerable charms of the ‘Pearl of the Orient’ to the fullest. 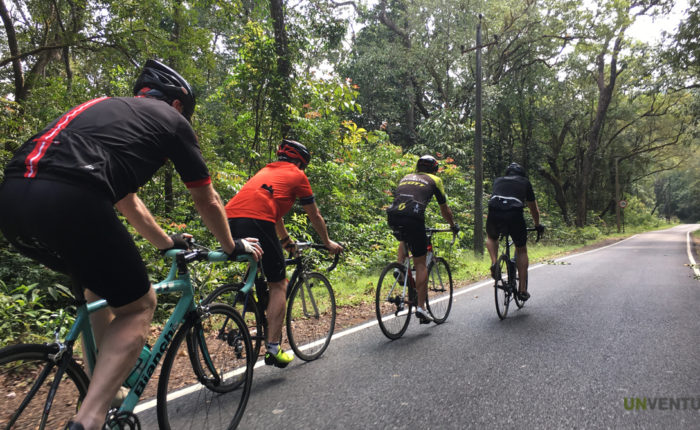 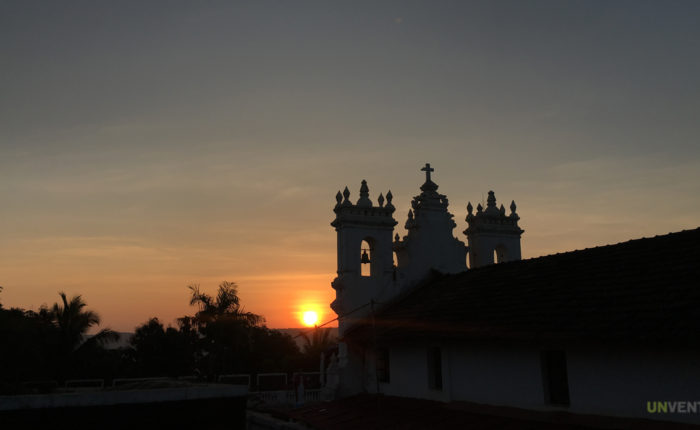