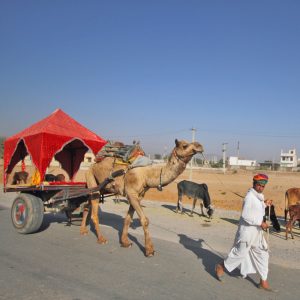 Formerly recognised as the ‘Land of Kings’, Rajasthan is known for its royalty, grandeur, and sand dunes that form most of the state. A regal past filled with tales of Rajput valour is only superseded by the present warmth and hospitality of the natives. Rajasthan is a melting pot of multiple cultural influences, varied geographies, and vibrant experiences. From romantic getaways to an adrenaline-inducing holiday, Rajasthan will not only satisfy your wanderlust but will leave you wanting more.

At Unventured, we go the extra mile to ensure that we bring to you specially crafted experiences that will enhance your trip all the more. Our team of passionate and adventurous guides work hard to bring forth a facet of Rajasthan that is not just limited to tourist flyers and brochures. There is no better way to explore this mesmerising state than with Unventured.

“Rajasthan is the jewel in India’s crown. From fairy-tale palaces and epic forts to colourful festivals and wildlife encounters, this is India at its vibrant best” – Lonely Planet.

HERE ARE 5 HIGHLIGHTS TO RAJASTHAN 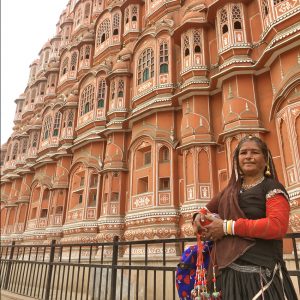 Rajasthan occupies a special place in the landscape of the Indian subcontinent. Considered to be one of the first states in India where early settlements thrived, Rajasthan has been the abode of rulers from across India. It is believed that the Mauryans were the first dynasty to claim ownership over the state, which was previously occupied by Bhils and Meenas, who are the native tribal communities of the region. The decline of the Mauryan dynasty was followed by the rise of the Gupta Dynasty, who was instrumental in building Buddhist sanctuaries and caves. But it was the advent of the Rajput dynasty that changed the very visage of Rajasthan. It was during the rule of the Rajputs, that India’s largest state received the prominence it still enjoys; so much so that Rajasthan was once known as Rajputana. The fall of the Rajputs led to the invasion of the Mughals and under Akbar’s rule, the region was exposed to Islamic influences which reflects in its unique architecture. 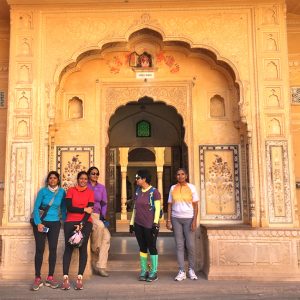 Rajasthan is one of the few Indian states that can boast of being home to palatial attractions. It is no wonder that the state is flocked by tourists throughout the year. Princely havelis, sturdy forts, and elegant temples provide spectacular sights that will leave you feeling enchanted. The architecture of Rajasthan has strong Indo-Islamic influences that are visible in the monuments present throughout the state. While Rajasthani architecture has several distinctive features, the primary one is the prevalence of chhatris or upturned umbrellas in the havelis of the region. These signified honour and pride and were built in the memory of brave Rajput warriors, either on the spot where they have sacrificed their lives or on the site of their funeral pyres. Jharokas or protruding balconies are another unique feature of Rajasthani architecture. A fine example of this is the Hawa Mahal. Another facet of Rajasthani art is witnessed in the many handicrafts, colourful garments, and accessories that are made and sold by expert artists and craftsmen. The art in Rajasthan has been kept alive by generations of artisans who have learnt the art from their forefathers. 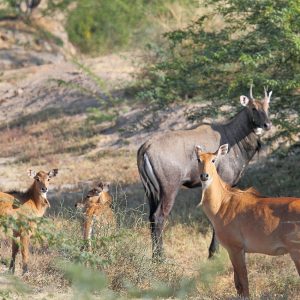 From sand dunes to deciduous forests, the terrain of Rajasthan covers an entire spectrum of flora and fauna.  Wildlife sanctuaries including Sariska Tiger Reserve, Ranthambore National Park, Mount Abu Sanctuary, and Bharatpur Bird Sanctuary are all nestled in this picturesque state. The government has undertaken several measures to protect and nurture rare species such as tigers, hyena, wild bear, langur, and jungle cat that are found in abundance in the region. Bird watchers are in for a special treat as well, for Rajasthan is known to be the abode of some rare and exotic species of birds. Tourists can indulge in camel safaris, horse safaris, and jeep safaris, all of which provide an adventurous way of exploring the sandy terrain. 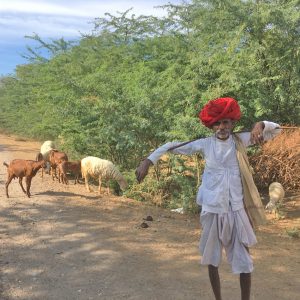 Very few states can offer cultural sights and sounds as varied as those found in Rajasthan. For generations, the warm and hospitable people of Rajasthan have been custodians of their culture and have expressed it in multiple forms. Local garments worn by Rajasthani men and women speak of this cultural expression. Jodhpuri safa and pagri are worn by the men who also wear an Angrakha – a frock-like garment embellished with mirrors that covers the upper body. The women adorn themselves in ethnic silver and lac jewellery that enhances their rustic charm and beauty. While garments are a part of cultural expression, it is the music and dance of Rajasthan that truly makes it the cultural hub of India. Folk songs and dances, such as ghoomar are widely performed across the state. These songs and dances narrate the fantastical experiences of valiant soldiers and beautiful princesses. While music and traditional dance is one front of Rajasthan that one should experience, the other is the mouth-watering food of the region. Native savouries such as dal-bati-churma, gatte ki sabzi, mirchi baza, and pyaaz kachori are an indulgence one cannot miss out on. 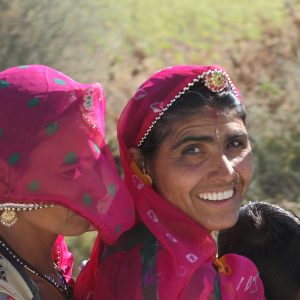 There is no dearth to the number of experiences that one can indulge in during a visit to Rajasthan. From visits to local forts, havelis, vibrant bazaars, historic museums to wildlife safaris, there is something here for people of all ages and cultures. Unventured will aid your quest of discovering the true essence of Rajasthan with an emphasis on exposing you to the authentic culture, cuisine, and art of the region. The canvas of Rajasthan is painted with myriad hues and with Unventured you can drench yourself in the many shades of the desert state. A team of local guides and hosts will open the doors of their homes and their hearts for you to have an experience that will remain etched in your soul. Rajasthan is not just a place marked in a map but a space that lives on in the heart of the visitors who have been stunned by its beauty and grandeur.