As the entire state of Karnataka gears up for the world reknowned “Naada Habba” Mysuru Dasara, we are celebrating it in Mysuru the Unventured way. We are proud to announce free walking tour of Mysuru during Dasara exploring the Royal Amba Vilas Palace, the colourful Devaraja Urs market and savour on some local delicacies. The tour is scheduled everyday between 9th to 22nd October 2018.

This 3.5 hours walking tour is a good mix of history, culture, heritage, local experiences and tasting some authentic local food including Mysore’s very own Mysore pak. Walk with us as you learn of the stories of the Diwans, Sultans and the kings who ruled this state, learn about the many things that are authentic to Mysore – sandalwood, wood carvings, premium silk, incense sticks, yoga and of course the story of Dasara itself.

Here is a little about the why, what and how of Dasara…

Mysuru was ruled by the demon Mahishasura, a buffalo headed monster. The people of this region couldn’t tolerate the sufferings anymore and reached out to Goddess Parvathi to destroy the demon. Parvathi came in the form of Chamundeshwari and killed Mahishasura on the top of a hill in Mysuru. Hence the hill was called Chamundi hill and the city got its name Mahishuru which later got transformed into being called as Mysuru. The day henceforth has been celebrated as “Vijayadashami” to mark the celebration of the victory of good over evil. 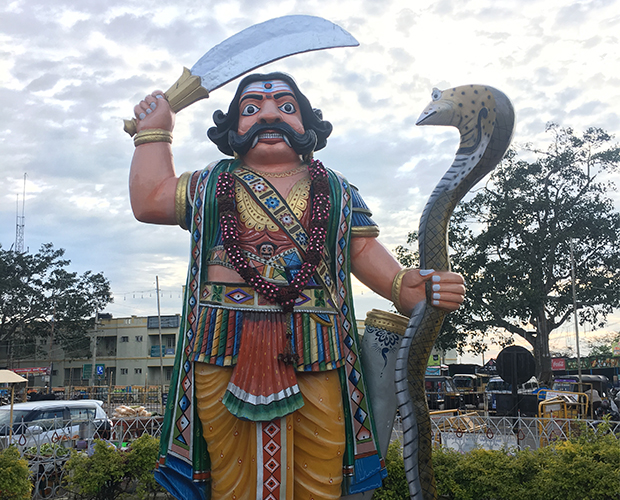 According to historians, the Dasara festivities began during the times of Vijayanagara kings in 15th Century. After the fall of the Vijayanagara kingdom, the Wodeyars of Mysuru continued the legacy. The Dasara festivities happen for 10 days, it begins with the Wodeyar Royal couple performing a special pooja at the Chamundi hill. The festivities conclude on the 10th day of Dasara, which is Vijayadashami with the “Jumboo Savari”The main attraction of this procession is the idol of the Goddess Chamundeshwari placed on a golden throne (which is around 750 kilograms of gold) on the top of a decorated elephant. This 10 day festival is celebrated with great splendour and the illuminated Mysuru palace itself is a visual treat that turns Mysuru to a glowing, golden city. Travellers from around the world turn up to witness this grandiosity. 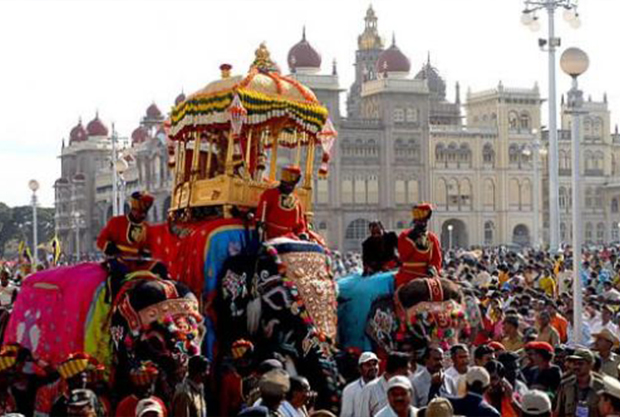 If you have friends and family who are travelling to Mysore during Dasara, please recommend them to write to us at get@unventured.com to book a slot for a free walking tour with us. We will have limited slots on each tour, so book with us in advance to experience this tour.